After messing with a portrait of myself to make a stylized black/white version, I’ve decided to superimpose that same stylized portrait and play with it a bit. Two versions have come from this. One where its basically just the silhouette over an existing picture, the second a bit more interesting where the silhouette shows a different version of that same photograph, making it seem kind of like a window into a new reality. 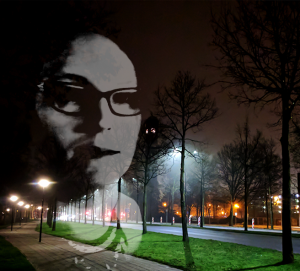 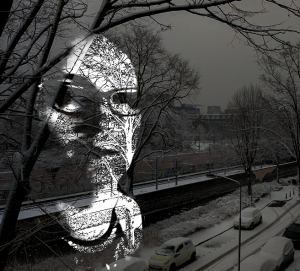